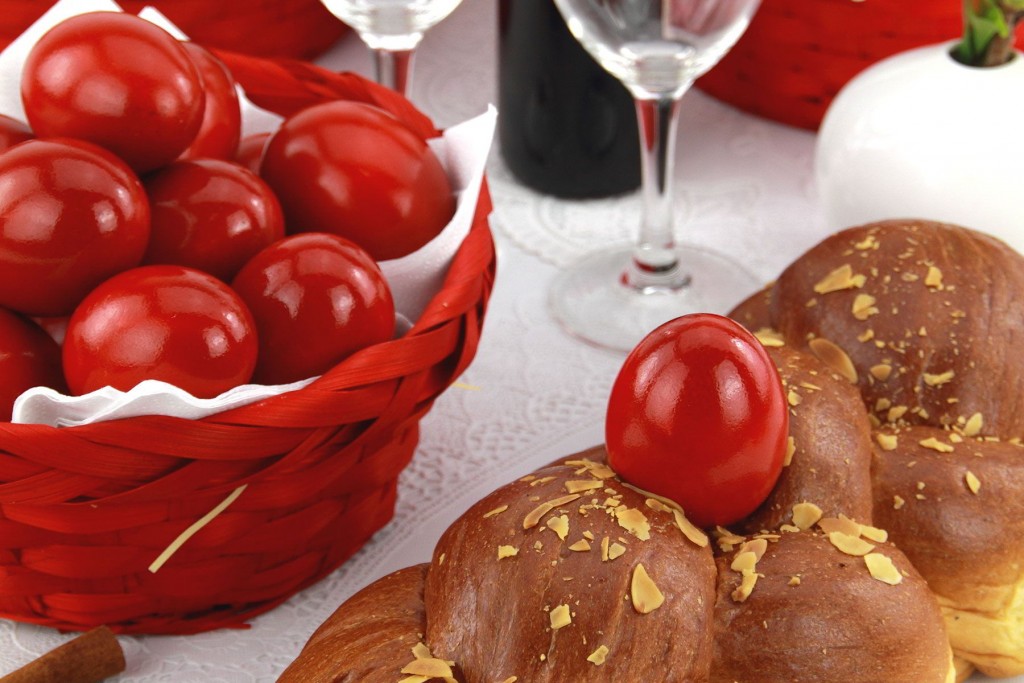 Easter in Crete blends the religious, the theatrical, the social and the metaphysical to bring communities together with a joyfulness that is largely lost in contemporary metropolitan centers.This is a spiritual as much as festive occasion that we at Oscar Suites & Village apartments and studios in Platanias, are lucky enough to enjoy every year. We urge you to partake in this experience at least once in a lifetime; so we have compiled a list with some insider’s intel to prepare for your visit:

1.Easter is connected with pagan rituals that accompanied the arrival of spring, so many of its traditions predate the Christian era. One version stipulates that the name Easter stems from Eostre, an Anglo-Saxon deity of springtime. Easter is also associated with the Jewish festival of Pesach, signifying the eternal passover from death to life and from earth to heaven.

2. The Easter lent starts on Clean Monday and lasts for forty-nine days, during which the most devout will eat no meat or fish – nothing with blood. Yet the vast array of delectable lenten delicacies in Crete such as snails, cuttlefish with fennel and olives, marathopita-pie filled with fresh fennel- and kaltsounia, made of “myzíthra” cheese or greens and herbs and wrapped in pastry, might as well turn you into an enthusiastic vegetarian.

3. Holy Wednesday, being the day when Jesus was betrayed by his disciple, children build an effigy of Judas Iscariot, dress it up, and parade it around the streets while screaming “Spit on him! Injure him!”.

4. Holy Thursday is the day for dyeing eggs red and for making Easter sweets: kalitsounia, lyhnarakia, avgokouloures, tsourekia and Lambrokouloura. Late at night, following the reading of the 12 Gospels, unmarried girls decorate the Bier of Christ (Epitaphios) with garlands of white and purple flowers.

5. Good Friday is a day of intense sorrow and mourning. Locals partake in the drama by refraining from eating sweet things; for the love of Christ, who was given vinegar to drink. Soup made of sesame paste, lettuce or lentils with vinegar are instead on the menu. No one handles a hammer or nails, for this would be a great sin.

6. In the evening, church service is followed by the procession of the bier of Christ. This is a deeply moving event with choirs and the faithful singing solemn, sad hymns, as the procession takes into the streets. Along the way the epitaphios is douched in flowers and perfumed by the attendants holding lit candles. Make sure not to miss this is one of a kind, magical experience. Opt to follow the Epitaph of Panagia Trimartiris church, at the Metropolis of Chania; or visit Chrysopigi Monastery, 3 km away from the city, along with hundreds of pilgrims.

7. The Resurrection, Anastasi, takes place on Easter Saturday. Churches and monasteries across Crete, are packed with locals and visitors from 23.00 PM. At the stroke of midnight lights are extinguished and the congregation is plunged into darkness. Then there is a faint glimmer of light behind the altar before the priest appears holding aloft a lighted taper and chanting “this is the light of the world”. He touches his flame to the candle of the nearest worshiper: “Come take the light”, he intones, “Hristos Anesti”– “Christ has risen”- the receptor replies. And so it goes round, this affirmation of the miracle, until the entire church is ablaze with burning candles. The church bells ring, while the sky is lit with fireworks. This is also the time for the burning of the effigies of Judas. Flames and fireworks turn night into day. Light and traditional mpalothies (that is shooting guns in the air) exorcise the evil spirits and thus life conquers death, once again.

8. Everybody kisses each other and starts making their way back to their homes to feast on traditional magiritsa (a kind of lemony tripe soup with lamb and greens) since the lent is officially over. They have to make sure however that their candle is not extinguished on route. Once they arrive at their doorstep they’ll make three crosses with the flame, to bless the house by the light of Christ’s resurrection.

9. Sunday brings about the culmination of the Easter period, with massive family and friends gatherings in every home. Lamb on the Spit is customary throughout Greece and has also become popular in Crete. Traditionally however Cretans have lamb or goat, cooked in various ways: in the oven, boiled, with tomato sauce or lemon and eggs sauce. The festivities involve copious amounts of drink-local wine and raki– music and dance. Everybody is invited-strangers too! So make sure you’ve worked up your appetite for food, and merrymaking!

10. A rather more mystical ceremony takes place on the same date on the mountain regions of Chania; as shepherds who believe that the Easter egg posses prophetic powers read it to predict the future.

11. If you stick out for a while longer, on St. George’s day, make sure you attend the great celebration at Asi Gonia, at the southern part of Chania region. According to the custom, locals milk the animals and when they are finished, the priest reads a special prayer, blesses the livestock and sprinkles it with holy water. The milk is then boiled and distributed to the faithful, while a feast with traditional Cretan songs and dances later ensues.

We could go on and on about the fascinating customs and traditions we are about to partake in. After all at Oscar Suites & Village apartments and studios in Platanias, we do love and honor our folks and legends; and all things that make us veritable Cretans. Otherwise we wouldn’t be able to wholeheartedly extend the world famous Cretan hospitality -philoxenia-to our guests. So as we are preparing for Easter in Crete we are simultaneously planning a host of amazing surprises to be revealed in Oscar Suites & Village apartments and studios in Platanias opening on 21st of April. Stay tuned for more!