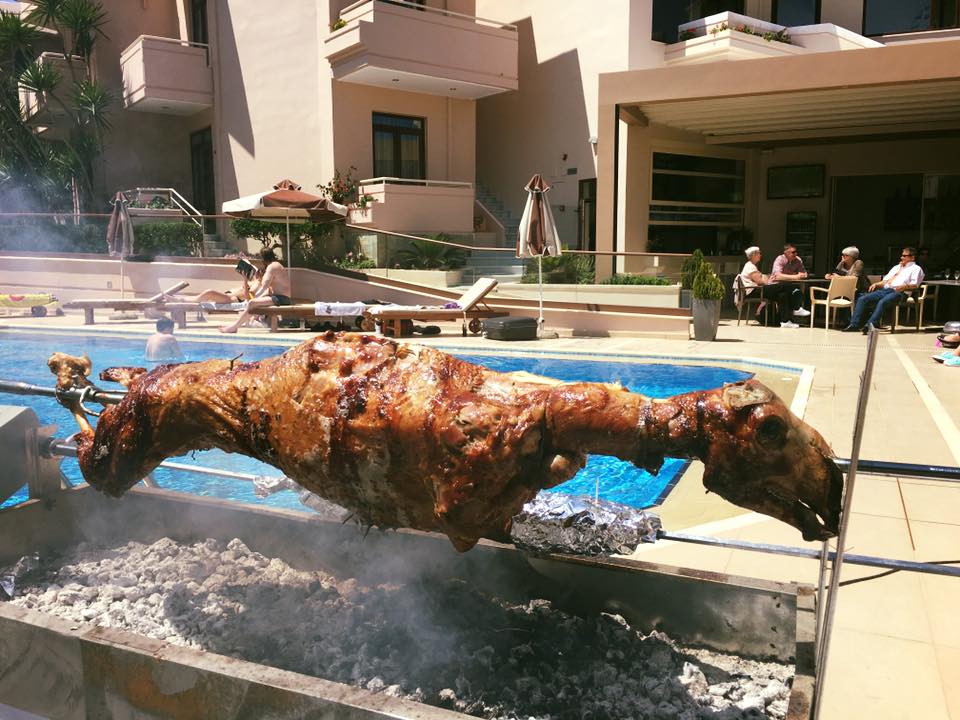 Easter in Crete is certainly something for itself as it is the most important holiday of the year. Today, Sunday, is the celebration of the Greek Orthodox Easter where the day is enjoyed to its fullest by serving many traditional recipes in the company of family and friends.

Greek Orthodox households grill a whole lamb – “souvla”, as it symbols Christ’s sacrificial death on the cross, and eat “kokoretsi” which is the lamb’s liver wrapped with the intestines. During Easter, the Greeks greet each other with the phrase “Christ has risen” and respond with “Truly he has risen”.

In the Orthodox tradition, eggs are the symbol of new life. The custom is to dye hard-boiled Easter eggs in a deep red color, symbolizing life, victory and the blood of Jesus Christ.

Every Easter, a game called Tsougrisma is played, and here is a quick lesson:

From the bottom of our heart, we would like to wish you a Happy Easter, “Kalo Pascha” and “Kali Anastasi” from Oscar Suites & Village.