Cretan Heritage: A tribute to our time-honored folkways by Oscar Suites & Village

An essential part of the proud Cretan Heritage, music and dancing have taken center stage in the locals’ lives since time immemorial. Read on for the lowdown.

Continuously inhabited for the past 130,000 years, Crete is a place where fact coincides with fiction and fiction with fact. Perhaps this rather alluring overlap explains why Greece’s largest island remains largely true to its customs and traditions. More so than any other region in the country.

Rooted in history and myths, embedded in contemporary everyday life, the emblematic Cretan heritage is manifested in myriads of ways: In the Cretan’s ancient folkways, their code of conduct and close-knit family relations; through dress, dietary habits, song, and dance. In fact, music holds a special place in Cretans‘ hearts: If you visit you’ll probably bump into an impromptu live set, with lyra, mantinades and all. And this could happen in a village kafenion or even on the streets of busy urban centers like Chania. Here is some background information so that you know what you are listening to.

The relationship between Cretans and music is lost in the depths of history. Legend has it that Kourites were the first inhabitants of Crete. They sprung from the tears of baby Zeus and were appointed as his guardians. These mythical creatures would dance and bang on their shields to cover up the infant’s crying to hide him from his menacing father Cronus: The jealous Titan who famously ate his children. Their job was evidently well done, as Cretan raised Zeus became the mighty ruler of God and men.

Homeric accounts also describe scenes of merrymaking in Knossos. Cretan dances, still practiced today may be traced back to Minoan times. They may be very much likened to antique war rituals too: Travellers’ reports of warrior-like, wild dances on Crete date as far back as the 16th- century.

Cretan dances are invariably accompanied by the emblematic Cretan lyra. Its first recorded mention is in the 9th century by the Persian geographer Ibn Khurradadhbih; in which he describes the lyra along with the organ as the most typical Byzantine instruments. The lyra comes to Crete via the trade routes linking the three continents; while following the fall of Constantinople, many Byzantines seek refuge on the island and establish music schools. In subsequent years the Venetians, Franks, and Genovese who occupy Crete bring along new styles of music and instruments like the three-stringed lira da braccio. Amalgamating ancient, Byzantine and Western influences, the characteristically pear-shaped Cretan lyra acquires its contemporary form in 1940.

The lyra and the laouto (lute) are omnipresent in every Cretan fiesta, organized or spontaneously improvised. The same goes for mantinades and rizitika: Traditional Cretan songs which resound in every celebration. As it happens poetry has been much loved on this island since antiquity. The Cretan oracle and prophet Epimenides wrote his prophecies in verse as early as the 6th-century BC, and this is but an example. The characteristic mantinades (recitatives in the form of a narrative or dialogue), appeared in Crete in the 15th century, during the Venetian occupation. One of the earliest examples, Erotokritos, Vicenzos Kornaros’ 10,000-verse romance, played a marked role in the genre’s development and spread. It couldn’t have been otherwise as extracts from this epic poem were sung by Cretans since its creation in 1590.

With love or satire at their core, Mantinades are invariably composed in dekapentasyllabos verse and are often antiphonal. And while they might not be exclusive to Crete, it is here that they still flourish. Their production continues unencumbered, especially in villages. They are used to express emotions or the current reality, often with much humor; while they are usually conceived on the spur of the moment. In fact it is quite typical in feasts and celebrations for two or more improvisers exchanging mantinades for hours.

This is one of those once seen, never forgotten, immersive kind of spectacles, travelers will encounter in Crete. At the Oscar Suites & Villages, we are certainly fascinated by our time-honored customs and traditions. That’s why we love sharing a little bit of their history with you. We cordially invite you to come and visit us at our family-style, studios, suite and apartments in Chania, just steps from the sandy, blue flag awarded beach of Agia Marina -Platanias, for a taste of the real Crete. 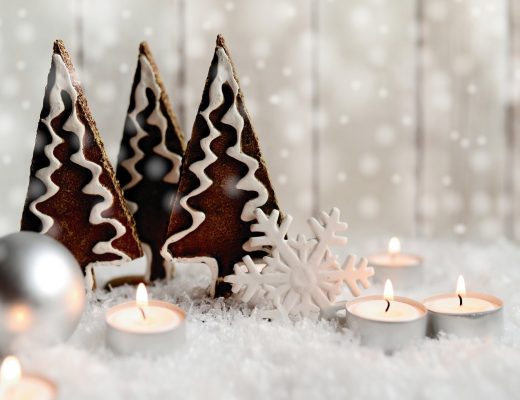 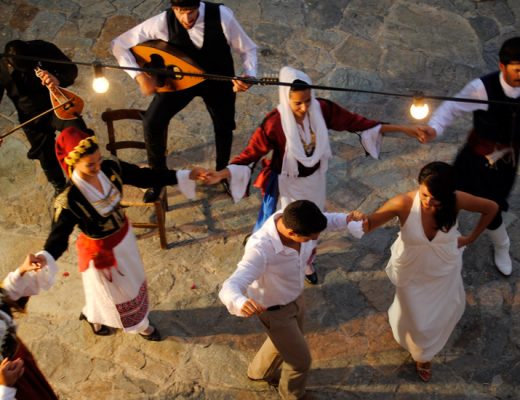