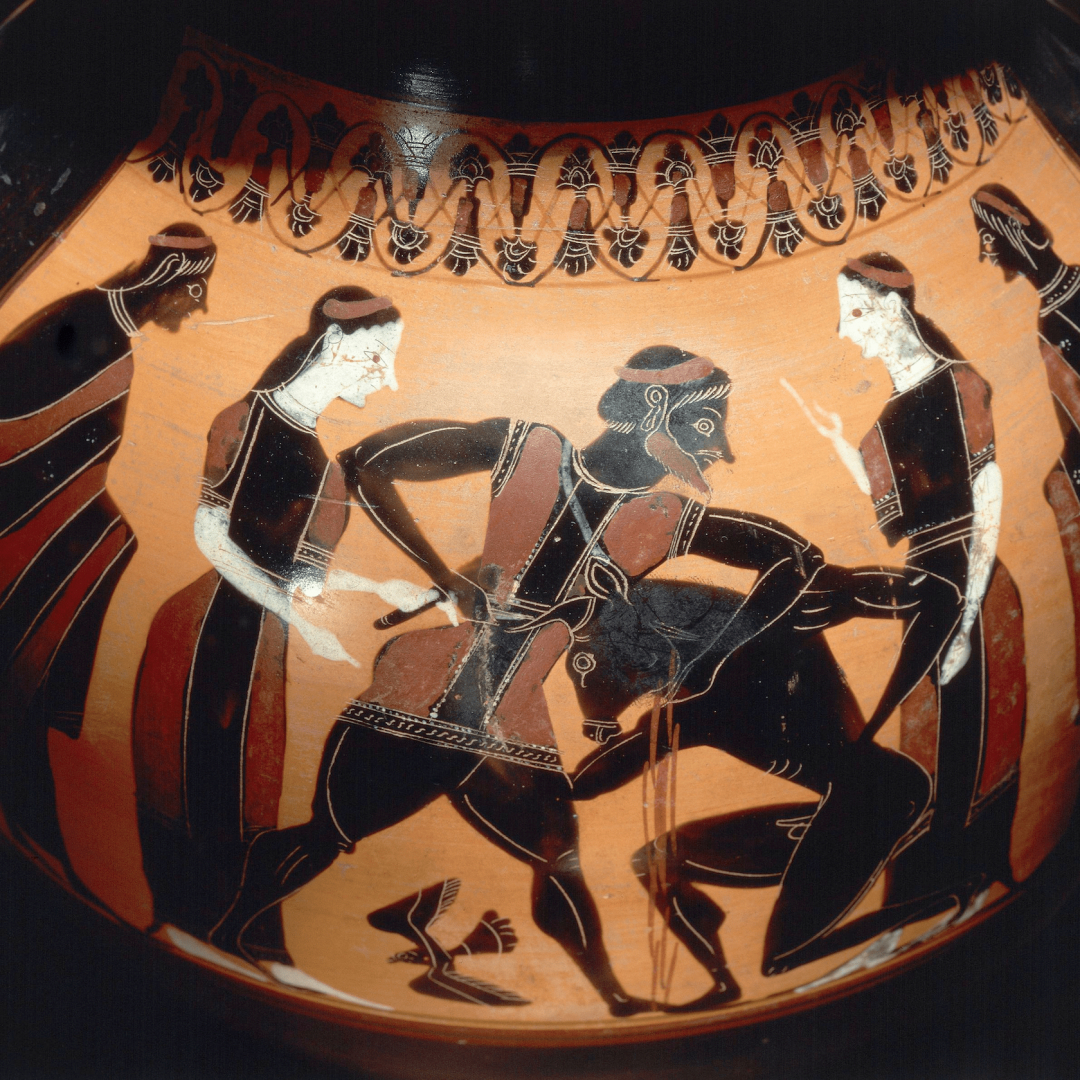 Intricate, intriguing and enlightening, Cretan myths and legends, hailing from the depths of time, are intertwined with Cretan history and culture. This beguiling collection of stories of ancient gods and goddesses, beasts, men and heroes are a timeless treasure trove: To be passed on from one generation to the next; richly narrated, often dramatized and repeatedly embellished; cherished by young and old alike; providing powerful insights about life, relationships, religion and culture in ancient Crete and beyond. Here we shall look at the myths of King Minos and the mighty Minotaur, their relationship with the omnipotent ruler of men and gods, Zeus and their connection with antiquity’s other superpower, Athens.

As the seat of political and religious power in Minoan Crete, the Palace of Knossos is the site of many Cretan myths and legends. At the core of these, lies King Minos and the Minotaur, the notorious half man-half bull. According to ancient Greek mythology, gods almost invariably, lusted after the humans that they ruled and this brought about a host of bizarre unions: Demigods, beasts, brutes, heroes and mythical kings. So even when Cretan-born Zeus, after defeating the Titans, left his homeland to move to Mount Olympus, he still remained important in Crete, thanks to his liaisons with the mortals. One of his many dalliances resulted in the birth of Minos: The mighty king of Crete, who is associated with the myths of the Minotaur, Daedalus and Icarus and Theseus.

Legend has it that Europa, a Phoenician princess, daughter of Agenor, king of Tyre, was playing with her maids on the seashore when Zeus spotted her. Dazzled by her beauty, he morphed himself into a glorious white bull with a crescent moon-shaped horn and sat down at the feet of the young girl. Frightened at first, the princess grew bolder, caressed the animal and sat on his back. Immediately the bull got up and rushed towards the sea. Europa protested, alas to no avail. The bull with the girl clinging on his horns stepped into the waves and swam as far as Crete. Zeus then resumed his human-like form and mated with Europa under a cypress tree. Nowadays, known as the “Plane tree”, it is quite famous and may be visited in the archaeological site of Gortyn.

Out of Zeus and Europa’s union, three sons were born: Minos, Rhadamanthus and Sarpedon. Zeus hastily left Crete and his lover, but she went on to marry Asterion, the King of Crete. Europa rose to prominence and was worshipped under the name Helliotis; while her husband adopted all three of Zeus’ sons and left Crete to Minos after he died. Some versions of the story claim that Zeus would visit Minos every nine years to counsel him; others say that the ruler of men and gods recreated the shape of the bull he used to seduce Europa in the stars. Even today one may recognize its shape in the constellation Taurus (bull).

Cretan myths and legends: King Minos and the Minotaur

Zeus warned his son not to associate with the other gods, yet Minos disobeyed him and sought favour with his uncle Poseidon. The latter sent him a majestic bull as a gift but asked him to sacrifice it in return for his courtesy. However, Minos became smitten with the bull and decided to keep it. In retaliation, Poseidon made Minos’ wife Pasiphae fall in lust with the said bull. She, therefore, enlisted the help of Daedalus (the brilliant Athenian artificer who had fled Athens on account of a murder charge) in order to attract her bovine object of desire. Daedalus ingeniously disguised Pasiphae inside a faux-cow. She copulated with the animal, become pregnant and gave birth to the beastly Minotaur. Minos then instructed Daedalus to construct a labyrinth to contain the monster. Sadly, he and his son Icarus were also imprisoned in this maze. As a famous inventor, Daedalus created wings for them to escape. Alas, Icarus foolishly flew too close to the sun so his wings melted off and he fell to his doom. Meanwhile, Minos was using the Minotaur and the labyrinth to exert his superiority over Athens. His son, Androgeus, had been slain by the Athenians who were jealous of his victories at the Panathenaic festival. Enraged, the potent Cretan ruler waged a war against them and won. Athens was thus made to send seven boys and seven girls to Crete every seventh (or in other accounts ninth) year to be thrown into the labyrinth and sacrificed to the beast. This continued until Theseus, the son of Aegean, king of Athens, rose up and killed the Minotaur and escaped the labyrinth, thereby ending Crete’s superiority over Athens. Yet this wouldn’t have been made possible without the help of Minos’ own daughter Ariadne: She was in love with Theseus so she gave him a ball of thread and showed him how to find his way out of the maze.

Steeped in Cretan myths and legends, Knossos is the oldest city in Europe and the site of the continent’s first advanced civilization. Nowadays the partially rebuilt ruins -majestic palaces, courtyards, private apartments, baths and lively frescoes- paint a vivid picture of life in Minoan Crete.

Yet while the infamous Labyrinth was initially placed in King Minos’ palace in Knossos, later on, some writers and foreign travellers begged to differ. Several sources nowadays identify the true Labyrinth as being a maze-like cave in Messara, in the Gortys area south of Heraklion. But this is another story we’ll regale you with, in our next Oscar Suites & Village blog posts. Stay tuned for more fascinating tales and revelations about the island of Crete. 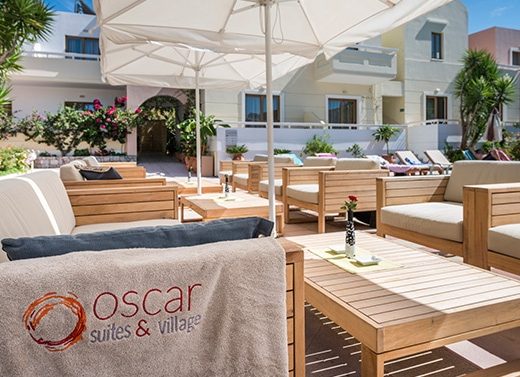 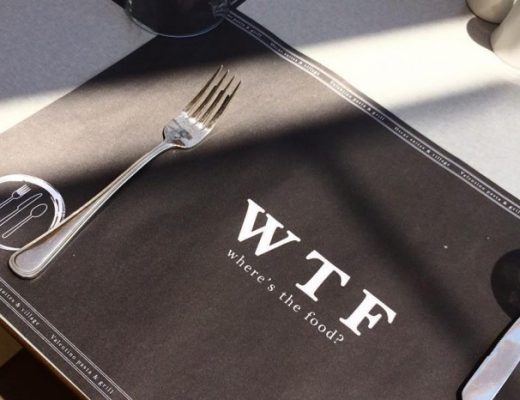 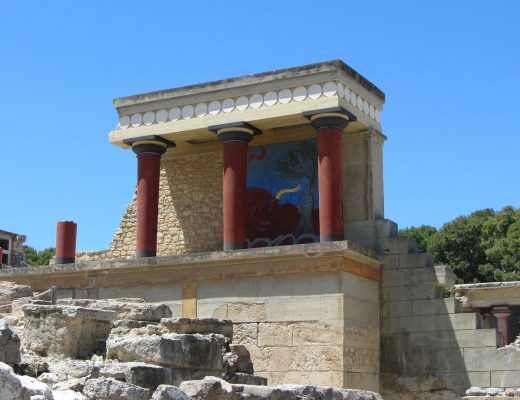