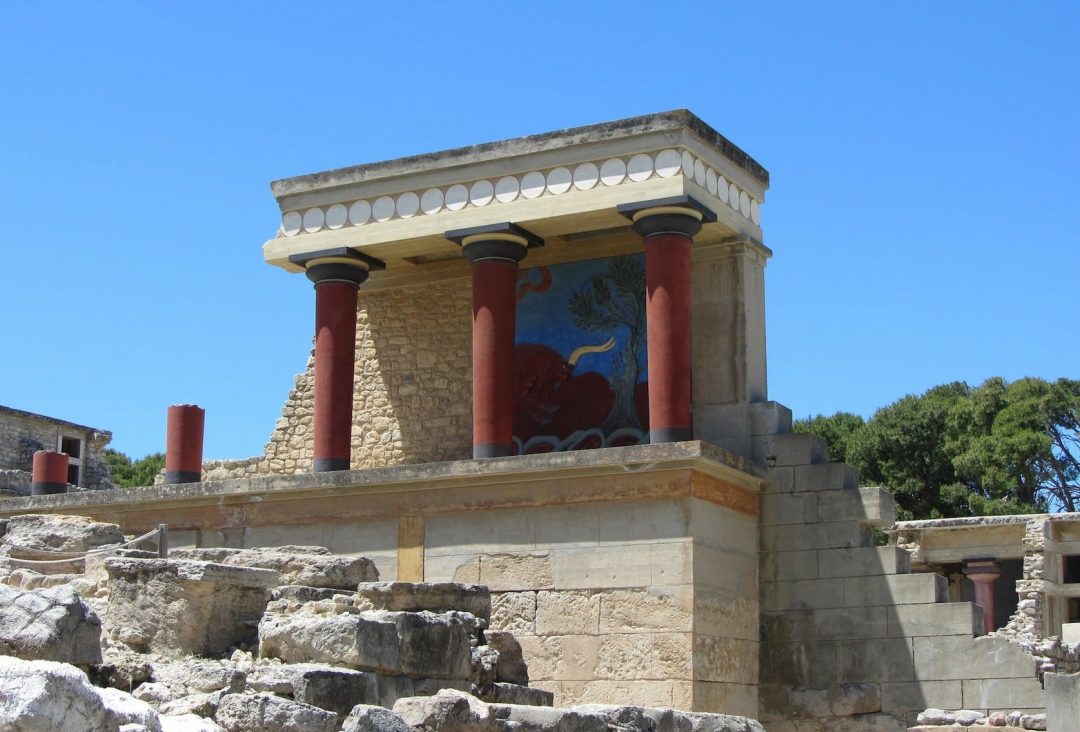 One of the oldest cultures of the Bronze Age and the first maritime power in the Mediterranean, the Minoans were named after their legendary King Minos, a descendant of no other than omnipotent Zeus himself! 5km outside of Heraklion, Knossos, a monumental palatial centre, is believed to have been his home. According to myth, Knossos is also where the Minotaur was held in a labyrinth designed by the ingenious Athenian inventor, Daedalus. Half man, half bull, the Minotaur was the monstrous child of Minos’ wife Pasiphae, and a white bull gifted to the King by Poseidon. The beast was regularly fed with the flesh of young Athenians who were sent over as a sacrifice. The blood toll was undoubtedly heavy, and the whole drama was eventually resolved with Theseus’ intervention who slaughtered the Minotaur with the aid of Ariadne, the daughter of King Minos. As the narrative goes Daedalus too was trapped in the labyrinth. So he invented wings for him and his son Icarus to escape. Which they did. Alas, his foolish son flew too close to the sun and his wings melted off causing him to fall into his death. Ancient storytellers certainly knew a thing or two about hybris!

Nowadays, Knossos with its impressive central courtyard, is the most famous among Crete’s historical sites, with good reason: Despite its somewhat speculative restoration by Sir Arthur Evans and artists Piet de Jong and Emile Gilliéron in the first decades of the 20th century, the partially rebuilt site succeeds in absolutely capturing one’s imagination: Painting a vivid picture of life in Europe’s first advanced civilization, Knossos evokes ancient myths and legends, thereby curating an unforgettable experience for its many visitors.

Climbed on a hilltop, adjacent Phaistos boasts the most beautiful setting of any of the Minoan Palaces, with commandeering views over Messara plain to the east and Ida mountain to the north. Legend has it that was ruled by King Radamanthus, one of the children of Zeus, and princess Europa. He was a wise and just king, however, at some point he was driven out of Crete by his brother Minos who was jealous of his popularity. Rhadamanthus was vindicated in his afterlife nevertheless, as he was made one of the judges of the dead on account of his inflexible integrity. Though a slightly simpler version of its celebrated counterpart, Knossos, Phaistos is also significantly quieter and less touristy. In fact, visitors can see everything from up close and this makes for a truly fascinating, immersive experience.

No tour of Crete’s historical sites is complete without a visit to the ancient ruins of Aptera, 13 kilometres east of Chania Town. Perched on a rocky hill with jaw-dropping views over Souda Bay all the way to the White Mountains and Apokoronas, Aptera was one of the largest and most powerful city-states from Minoan through Hellenistic times, when its decline began. Thanks to its strategic geographical position, Aptera controlled all maritime activity in Souda bay, while its ships, laden with local goods and exports, travelled all the way to Italy, Greece and the East. Aptera was continuously inhabited until the 7th-century, however, a devastating earthquake, which was soon followed up by successive pirate raids brought an end to its existence around 820 AD. Nowadays the well-kept ruins include vaulted Roman cisterns, private and public baths, an ancient auditorium, an orchestra and a necropolis with carved tombs, attesting to the city’s glorious history. The legends of the past indeed come very much alive with a visit to Aptera: Greek mythology places the scene of an epic, instigated by Hera, musical competition between the Muses and the Sirens on this hilltop location; then a renowned centre of music and arts. As the story goes the Sirens who lost to the Muses were so devastated that their wings’ feathers (ptera in Greek) fell into the sea. These white feathers were then transformed into a cluster of tiny islands – the neighbouring Leukes (i.e. white) in Souda. Likewise, Aptera got a new name which literally translates to “without wings”.

Gortyn & the plane tree of Zeus

35 km south of Heraklion, Gortyn was an important Minoan city, next to Knossos and Phaistos in power and splendour. Population in its heyday was estimated to be in the vicinity of 300.000 people; while it became the capital of Crete during the Roman period. Gortyn was also the first Cretan town to embrace Christianity and maintained its status until 828 A.D. when it was conquered and destroyed by the Saracens. Early explorers travelling to Crete as far back as six centuries ago were in fact impressed by Gortyn’s ruins and the proliferation of statues, inscriptions and columns lying there. Modern archaeological excavations began in the late 19th century and have brought to light an Acropolis, a Roman Odeum and the Great Inscription with the Law Code of Gortyn, an early Byzantine church of Saint Titus, and the Antiquarium. Gortyn moreover is home to the famous Plane Tree: Legend has it that Princess Europa from Lebanon was abducted by Zeus in bull disguise. When he brought her to Crete, he revealed his true identity and she became enamoured with him. Their affair took place under this particular cypress tree. Out of their union, three children were born, Minos, Rhadamanthus and Sarpedon who would later become kings of the Minoan palatial centres.

Steeped in age-old myths and legends, Crete’s historical sites boast immeasurable cultural and artistic value. What’s more, thanks to their spectacular locations they are especially pleasing to the eye, perfect for lovers of history or just a break from the beach. The aforementioned are of course not the only fascinating places to visit in Crete. Stay tuned for more insights and intel!

Oscar Suites & Village is a family-friendly complex of studios, suite and apartments in Chania, just steps from the sandy, blue flag awarded beach of Agia Marina -Platanias. Blending an ideal location with a host of worldly comforts, delightful food and drink and an atmosphere tailor-made for indulgent holidays, this eco-friendly hotel welcomes visitors looking for a taste of the real Crete. 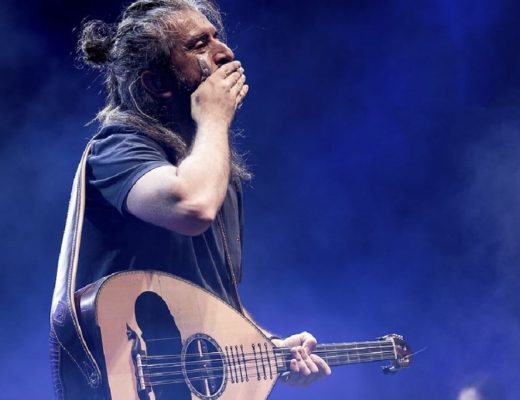 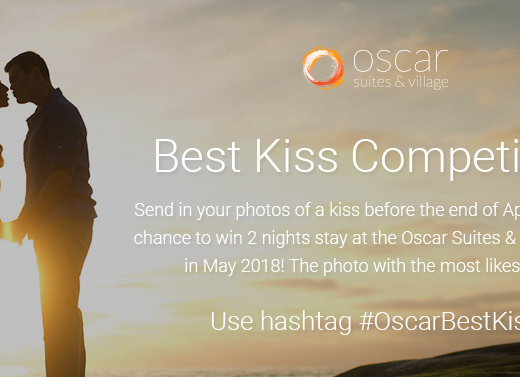 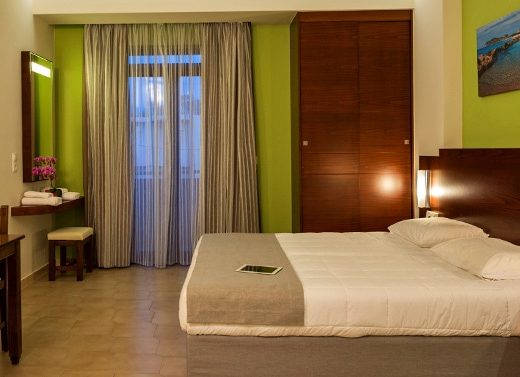