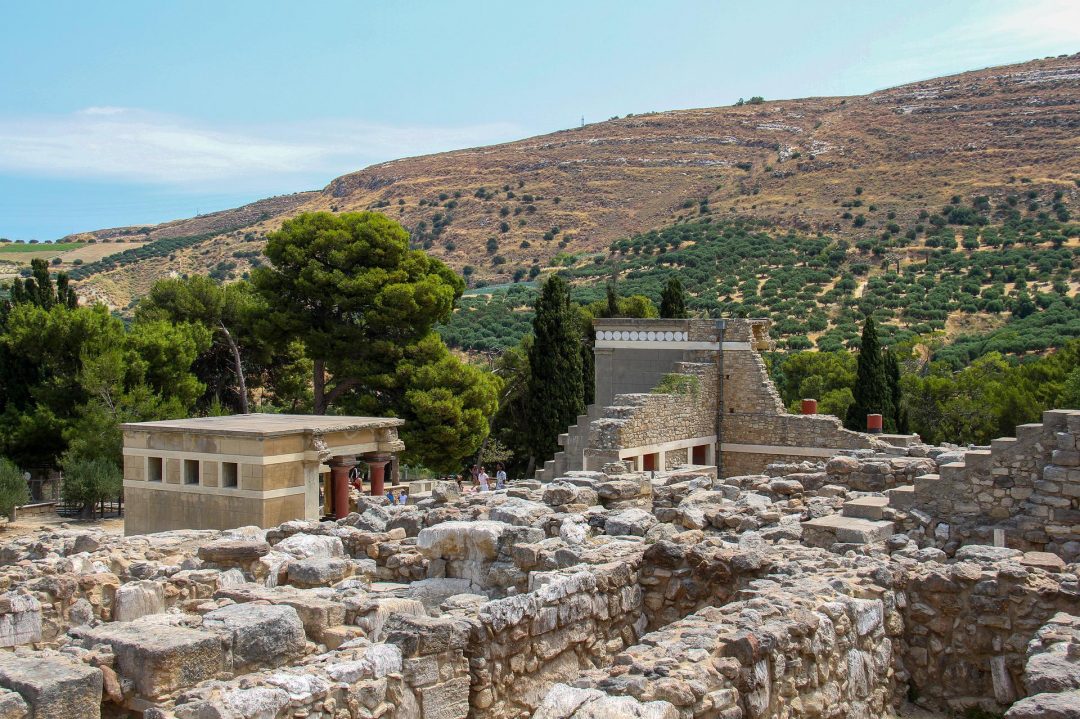 Image by Pat from Pixabay

A short look into the grand history of Crete

From Neolithic times to the present, post-covid era, the history of Crete has always been fascinating, tumultuous and teeming with legendary characters – fictional and real, alike. It’s also what has shaped the locals’ unique culture, folkways and norms – the sum of traits and characteristics that make for the distinct Cretan way of life; which in turn continues to enchant visitors from the four corners of the globe. Here’s a short, but comprehensive timeline of the history of Crete.

History of Crete: BC

700000-130000 BC: Greek and US scientists have recently discovered rough axes and other tools aged between 130,000 and 700,000 years old on the south coast of Crete. This is perhaps the first sign of human habitation on the island.

3200-2000 BC: A network of small, sometimes fortified farming and fishing settlements in the Cycladic islands develop a flourishing civilization, and start trading with mainland Greece, Crete and Asia Minor. Nowadays the characteristic, elegant, flat-faced marble figurines that are exhibited in important museums worldwide serve as a testament to the Cycladic civilization’s former glory – a civilization which was ultimately eclipsed by Crete and Mycenaean Greece.

3000 BC: The beginning of the Minoan civilization.

2000-1600 BC: The palaces of Malia, Zakros, Phaistos and Knossos are built. Among the findings of the Middle Minoan period is pottery with polychrome decoration in elaborate geometrical patterns. Scientists have also discovered interesting attempts to picture natural forms, such as goats and beetles. Pictographic writing is developed, with a hieratic or cursive script derived from it, adapted for writing with pen and ink.

2000-1500 BC: Named after the legendary king Minos – according to myth, a descendant of no less than Zeus himself – the Minoan civilization, reaches its height with centralised power in Knossos. The Minoan culture is more female-oriented and peaceful than others of the time. King Minos also establishes the first navy in the region.

1700 BC: Destruction of the palaces by an earthquake possibly followed by a tsunami and rebuilding.

1627 BC: The volcano of Santorini in the Aegean sea erupts releasing energy that’s equal to 200,000 H-bombs. The Minoan city of Akrotiri in Santorini which had a population of about 30,000 at the time is completely covered in ash. In 1939 the renowned archaeologist Spyridon Marinatos speaks about “The Volcanic Destruction of Minoan Crete.”

1300 BC: Hailing from mainland Greece, the Mycenaeans dominate Crete. Their influence extends to Knossos, which has survived the catastrophic volcano eruption in Santorini.

689 BC: Rhodes and Cretans found Gela in Sicily. About an aeon later, Agrigento, also in Sicily, is founded by colonists from Gela, Crete and Rhodes.

36 BC: Mark Antony gives Crete as a gift to Cleopatra.

c. 27 BC: Augustus makes Gortyn – a Minoan city which was first inhabited around 3000 BC – the Roman capital of Crete.

60 AD: An early Christian community is established in Gortyn.

367 BC: Much of Gortyn was destroyed by an earthquake. Some 150 years later it is ultimately demolished by an Arab invasion in 824 AD.

1204 AD: The rule of Venice over Crete dates to this year, when the Republic was awarded 3/8 of the Eastern Roman Empire for its role in supporting the Fourth Crusade.

1252 -1645 AD: The Venetians rebuild Chania and fortify it with a fortress and strong walls which enclose a much larger area of the city than their Byzantine counterparts. The Venetian walls are reinforced with four bastions, towers and an outer moat, to resist attacks by pirates and other enemies. At the same time, shipyards (arsenals) are constructed for shipbuilding and repair, an aqueduct and cisterns are created to meet the needs of the rising population and the city is adorned with imposing public buildings, and Venetian mansions.

1450- 1645 AD: The Venetians occupy the capital city of Iraklion. The forests of Crete provide them with cedars and firs for their fleets. Following the fall of Constantinople in 1453, the expanding Ottoman Empire becomes a major threat to the Venetians. In turn, they decide to build new fortifications around Candia. Construction begins in 1462 and takes over a century to be completed. Under Venetian rule, a small harbour is also built in Rethymno, which becomes the third most important city on Crete after Heraklion and Chania. The Fortezza, the city’s new fortress on the Paleokastro hill, is constructed in 1573. To this day, it remains in good condition and is open to the public.

c.1580 -1610 AD: Crete’s 2nd literary period marks the acme of Cretan literature and arts. In 1595 George Hortatzis writes “Erophili”, a famous drama in the Cretan dialect, while between 1590-1610, Vitsentzos Kornaros from Sitia creates “Erotokritos” – a love-themed masterpiece consisting of 10,012 fifteen-syllable rhymed verses, which is also written in the Cretan dialect.

1669 AD: After 21 years of siege, Chandakas (today’s Heraklion), surrenders to the Turkish army. Almost all of the island falls under the Turkish yoke.

1770 AD: Cretans rebel against the Turks, but their resurgence is suppressed with the help of the Russian army.

1821 AD: Encouraged by the news of the Greek revolution in mainland Greece, Cretans start a number of their own revolts throughout the island.

1824 AD: A Cretan rebellion against the Turks is suppressed with the aid of the Egyptian Mehmet Ali.

1866 AD: Enraged by the Turks’ oppression and harsh policies, Cretans erupt into yet another revolt. Conflicts are violent often resulting in massive bloodshed – a highlight of this period is the siege of the monastery of Arkadi near Rethymnon: As the struggle culminated, local priests and villagers – some men of fighting age, but mostly women and children – locked themselves up within the monastery’s walls, and after three days of uneven battle, under the abbot’s command, decided to blast the gunpowder warehouse to avoid surrendering. The massive explosion killed the congregated Greeks but also many of their invaders. This heroic act of defiance would remain in history, marking the beginning of the end of the Cretan insurrection: It was a tragic moment that caught the attention of the world, thereby paving the way for the liberation of the island.

1869 AD: The heroic rebellion of the Cretans comes to an end. The Great Forces of Europe have come to extol Cretan feats, and this, in turn, increases the rage of the Turks.

1878 AD: The Halepa Charter is signed between Sultan Abdul Hamid II and the Cretan Revolutionary Committee, securing wide-ranging autonomy for the island of Crete.

1889 AD: By and large, the treaty is enforced until 1889 when it is abrogated by Shakir Pasha. This leads to the outbreak of another Cretan uprising in 1895–98, and the Greco-Turkish War of 1897, after which the Ottoman army withdrew from the island and Crete was recognised as an autonomous state under international guarantee.

1905 AD: A rebellion starts under the leadership of Eleftherios Venizelos, Konstantinos Foumis and Konstantinos Manos. The Cretans see their unison with the rest of Greece as the only solution that would bring economic prosperity and growth.

1913 AD: After years of slavery, toil, blood and sweat, the Greek flag is hoisted in Crete, marking this much sought-after union.

1941 AD: On May 20, 1941, thousands of Nazi paratroopers descend on the island in the largest airborne attack of World War II. Most of the Allied troops had already left Crete, so the Nazis anticipate a swift and easy surrender. They didn’t however count on the civilians’ bravery: Everyone – big and small – ran to the nearest scene of action to attack the enemy, armed with makeshift weapons. In unison, these fighters succeeded in decimating half of Hitler’s 8,000 elite paratroopers within the first 48 hours. In fact, the Nazis suffered more casualties on the first day of the battle of Crete than they had suffered since the beginning of the battles – and this was a turning point for WW2.

1941-1944 AD: Crete was eventually occupied, however. During this dark, bleak period in the history of Crete, numerous locals were executed by the Germans and many villages including Viannos, Ano Meros, Anogia, and Kali Sikia were burned to the ground.
Despite this, the heroic Cretans never ceased resisting.

1974 -Today: The fall of the military Junta and the restoration of Democracy in Greece marks a long and prosperous period in the history of Crete. Greece’s largest island has evolved into one of the most attractive tourist destinations in the world – with good reason. Come – at any time of the year – to experience a potent mix of stunning scenery, awe-inspiring ancient monuments, fascinating age-old customs and music, heartfelt hospitality, and perhaps the planet’s most delectable as much as salubrious food! 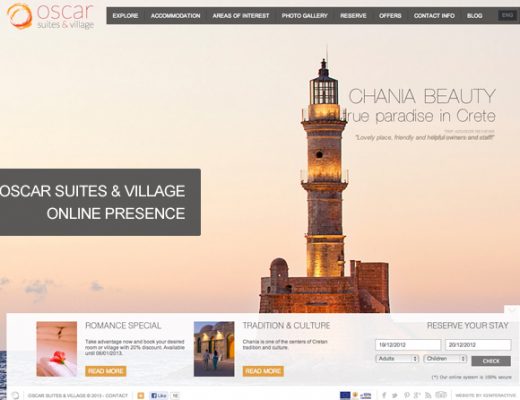 WELCOME TO OUR NEW BLOG 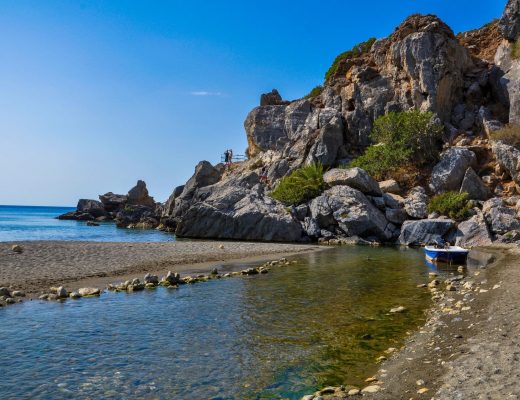 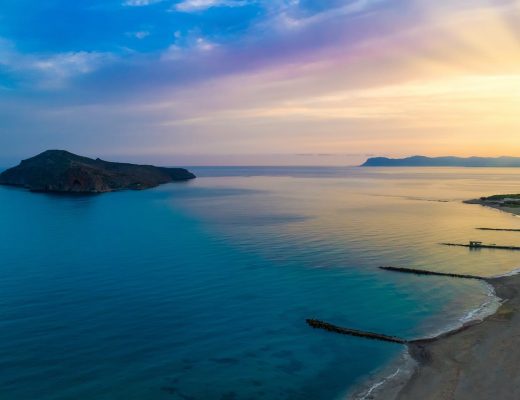 Travelling to Crete after the pandemic