Amazing places to visit in Crete 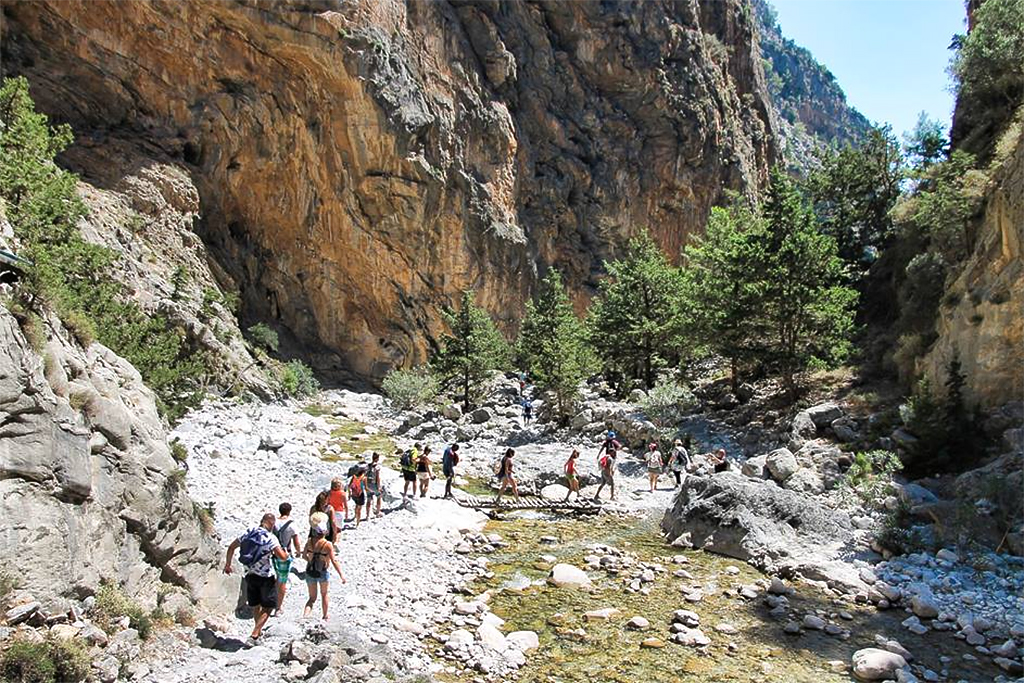 Not one, but myriads are the reasons for which Crete is one of the best places for a summer holiday in Europe, claims British acclaimed publication, The Telegraph. With more than 300 days of sunshine in a year, a wealth of exotic beaches, untouched villages and quaint towns, Unesco monuments and historical sites, a striking, ever changing scenery, world famous food and drink-and that’s not to mention hospitable, welcoming locals renowned for their pride and zest for life, Crete has something for all.

Whether you’re chasing the sun, are a history buff, nature lover or simply an epicurean, should you visit, you’ll be aptly rewarded. And to make sure to not miss out, read on for Oscar Suites & Village handpicked places to visit in Crete:

It was perhaps Zeus’ thunderbolt that split the earth with such astonishing force, so as to create no less than “Europe’s Grand Canyon”. In the White Mountains of West Crete, carved out of a limestone plateau, the majestic river gorge of Samaria, at 16 km length, is one of the mightiest in the continent. Starting at a height of 1,230 meters from the island’s rocky crests and descending to the blue-green waters of the Libyan Sea, Samaria is one of the most popular places to visit in Crete, thanks to its one of a kind, dramatic scenery. Yet there isn’t just natural beauty with abundant flora and fauna- Cypress, pine, maple and oak trees, peonies, sage and chamomile and wild goats. There are also signs of life from time immemorial-Byzantine temples, Christian chapels, Venetian fortresses, World War II shelters and remnants of villages along the way. At the end of this epic hike (which shall take you 5-7 hours to complete), you’ll reach the shores of Agia Roumeli. You’ll be certainly thankful for the cool, crystal clear waters as well as the sustenance provided in the various eateries and cafes of the village!

Surrounded by high mountains and olive groves, Lake Kourna is one of the most stunning places to visit in Crete. Actually, the only natural freshwater lake on the island, Kourna constitutes an important ecosystem for Greece and is thereby protected under the Natura 2000 program. Home to moorhens and ducks, eels, snakes, a rare two-color turtle as well as herons and cormorants, Lake Kourna offers a breathtaking setting. Just sit back and relax, take a stroll, a bicycle ride or even swim in its clear waters. Another fun option is to rent a pedalo and go on a ride on the lake; whilst you may quench your hunger and thirst at the various onsite tavernas. On your way back, it is worth taking a detour to the homonymous village just 4 km south from the lake. Situated at an altitude of 200 meters on the foot of Mount Dafnomadara, it is blissfully unspoiled and untouched by mass tourism, allowing you to get a glimpse of times gone by.

Rugged, unique and markedly less touristic, the Sfakia region combining the imposing White Mountains on the north, with superb beaches on the south, is one of the most interesting places to visit in Crete. Venture off the beaten path to discover time honored customs and traditions, take in the striking, unchanged for centuries natural scenery, indulge in traditional delicacies and spirits and get acquainted with proud, fierce locals. Sfakians are said to be as tough as their arduous terrain; it is no coincidence after all that they were historically intolerant of any attempts to be conquered, whilst in WWII they played a pivotal part in the Greek resistance.

There is plenty to do in the region-from hikes of varying degrees of difficulty, to swimming and sunbathing in pristine beaches such as those of Loutro and Agia Roumeli -but a visit to Sfakia wouldn’t be complete without sampling some of its authentic tastes and defiant history. Take a trip to Anopolis, high above Chora Sfakion, and try the sfakian pies in the local bakery, along with some sweet and strong Greek coffee while gazing at the mountainous terrain. Visit the Cave of Daskaloyiannis, in the cliffs to the west of Sfakia: Diachronically a hide out in times of trouble, during the Orloff revolt in the 18th century the cave constituted the base of the homonymous rebel leader in which he set up a mint to produce a revolutionary coinage. Later on head to the famous Sweetwater Beach which is named after the small springs bubbling up beneath the pebbles. In fact if you dig on the beach, you’ll most likely find fresh, potable water coming from the White Mountains!

Chania, an inimitable, riveting hybrid of Venetian and Turkish, East and West, Christian and Muslim influences, is certainly one of the most emblematic places to visit in Crete.

A few kilometers away, the cosmopolitan beachside resort of Agia Marina- Platanias is yet another of the great places to visit in Crete. But it is also an ideal base from which to venture and explore the delights of the island. Just off the beach, at Agia Marina-Platanias most privileged spot, you’ll find Oscar Suites & Village: A family style, cosy hotel that blends immaculate aesthetic with ample functionality. All of its studios, one and two bedroom apartments boast private balconies with a garden, pool or mountain view, state of the art amenities, as well as fully equipped kitchenettes, allowing you to live as independently as you wish in self catering style; while the luxurious private Jacuzzi suite, with its very own sizeable balcony, outdoor Jacuzzi bathtub and breathtaking sea vistas, offers the ultimate in indulgent living.

With its laid back atmosphere, true hospitality ethos, luxurious facilities and superb food and drink, the eco friendly Oscar Suites & Village is the ideal base from which to enjoy the marvels of Crete. Visit the website and start planning your dream holiday in Crete! 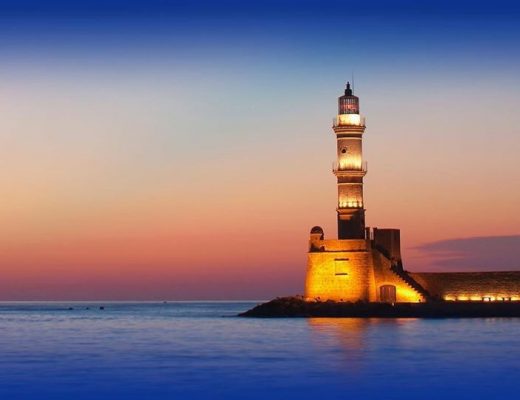 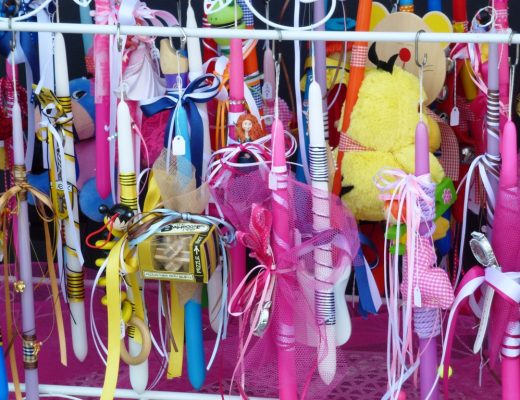 Easter in Crete: A magical occasion